THE CELLO PLAYER is a dance-music piece excavating the
complexity of ancient relationships: the tortured conception of
friendship as a messy amalgam of love, hatred, insecurity, and
neediness. Each performer attempts to share their tales, the
scarring curiosity of the unknown, and the haunting sensations that
come as a consequence of their actions.

The mission of AMOC (American Modern Opera Company) is to build and share a body of collaborative work. As a group of dancers, singers, musicians, writers, directors, composers, choreographers, and producers united by a core set of values, AMOC artists pool their resources to create new pathways that connect creators and audiences in surprising and visceral ways.

Current and past projects include The No One’s Rose, a devised music-theater-dance piece featuring new music by Matthew Aucoin, directed by Zack Winokur with choreography by Bobbi Jene Smith; EASTMAN, a multi-dimensional performance piece contending with the life and work of Julius Eastman; Winokur’s production of Hans Werner Henze’s El Cimarrón, which has been performed at the Metropolitan Museum of Art and the American Repertory Theater; a new arrangement of John Adams’s El Niño, premiered at The Met Cloisters as part of Julia Bullock’s season-long residency at the Met Museum; Davóne Tines’s and Winokur’s Were You There, a meditation on black lives lost in recent years to police violence; and Bobbi Jene Smith and Keir GoGwilt’s dance/music works With Care and A Study on Effort, which have been produced at San Francisco’s ODC Theater, Toronto’s Luminato Festival, and elsewhere. Conor Hanick’s performance of CAGE, Zack Winokur’s production of John Cage’s music for prepared piano, was cited as the best recital of the year by The New York Times in 2018 and The Boston Globe in 2019. Additionally, AMOC will serve as the Ojai Music Festival’s 2022 Music Director, only the second ensemble, and first explicitly interdisciplinary company, to hold the position in the festival’s 75-year history.

The Utica Dance faculty is passionately committed to providing students with the opportunity to learn the art of dance in a positive, structured, and inspiring environment. Utica Dance is independently owned and operated and was formerly known as the Munson Williams Proctor Arts Institute Dance Program. We are proud of our long tradition of over forty eight years providing the highest quality dance instruction in ballet, jazz, tap and modern dance. 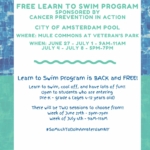 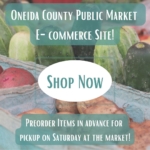