The Georgian building was constructed, with the front facing the Mohawk River and the King's Highway, in 1747 by Christian Nellis, Sr. It had a center hall and two main rooms on the first floor and a sleeping loft on the second floor. The cooking fireplace was in the cellar with two others on the first floor.

In the late 1780's, the roof was raised over the original building, creating a second floor.

Around 1815, the Tavern was expanded to the east with a two-story addition. At the same time, the exterior of the building was "Federalized", the new entryway facing the new Mohawk Turnpike (present NYS Rt 5) was added. At some later date, the South entrance was closed. A second north entrance was added in the "Public Room",  as the east room was called.

At about the same time, early American stencils were added to the walls on both floors of the east wing. The designs reflect the patterns and colors used by Moses Eaton and others.

Back in the Fall of 1982, a group of about 70 individuals met and formed "The Palatine Settlement Society" to begin the process of creating a living museum, a "dorf", or village, with adjoining farms, forts, trademan's buildings, and churches as might have been developed by the first settlers in the central Mohawk Valley in the 18th Century. Milford Decker, St. Johnsville Town Historian served as its first president.

Almost immediately, the old Nellis property along Route 5 about one mile east of St. Johnsville attracted their attention, as did the Old Stone Store in the village. By 1985, the Society had arranged to purchase the property, and the Nellis Tavern, from Aleda Mary Nellis Weaver, niece of James Nellis, the last Nellis to live in the tavern. 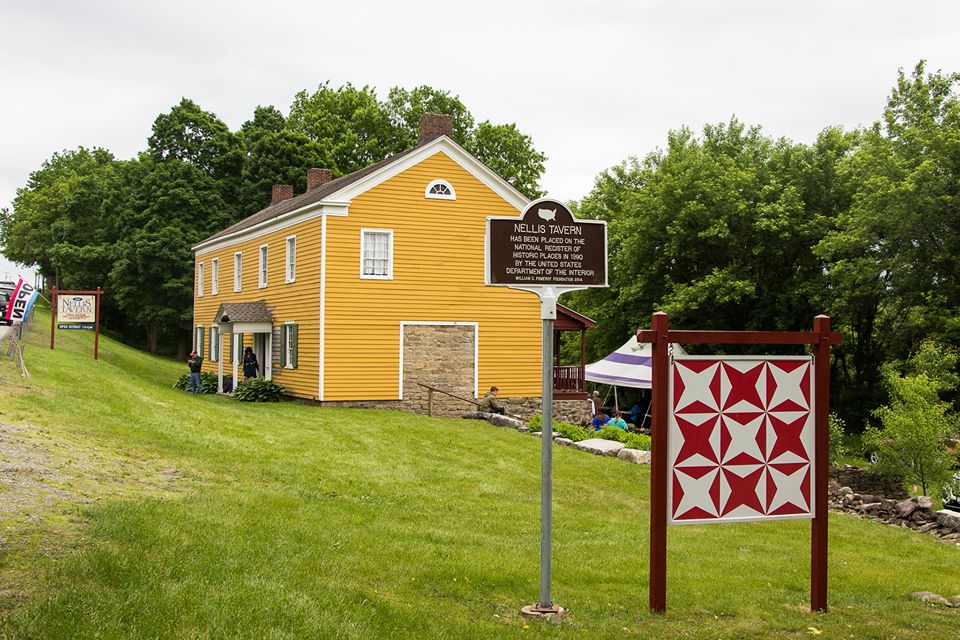 A White Rose Bed and Breakfast

Your home away from home!