The Cafe at Stone Mill Inn

The Cafe at the Stone Mill offers a variety of hot and cold coffees and teas, soft drinks and more.

There is a great choice of ice cream, baked goods, a new special food menu every week and a comfortable seating area over looking the Mohawk River.

The Stone Mill was erected in 1839 as part of the Burrows-Mohawk mills, the oldest building in the historic district. Originally known as Stitt & Underhill. The mill later became a textile mill, creating cloth for the Mexican-American War and the Civil War. Over the years, and with slight expansions to the business, World War II uniforms were also produced in this building.

Like many of the mills in Little Falls, water from the Mohawk River was used to power the machinery in the mill. The original mill was expanded in 1845 to double its size. 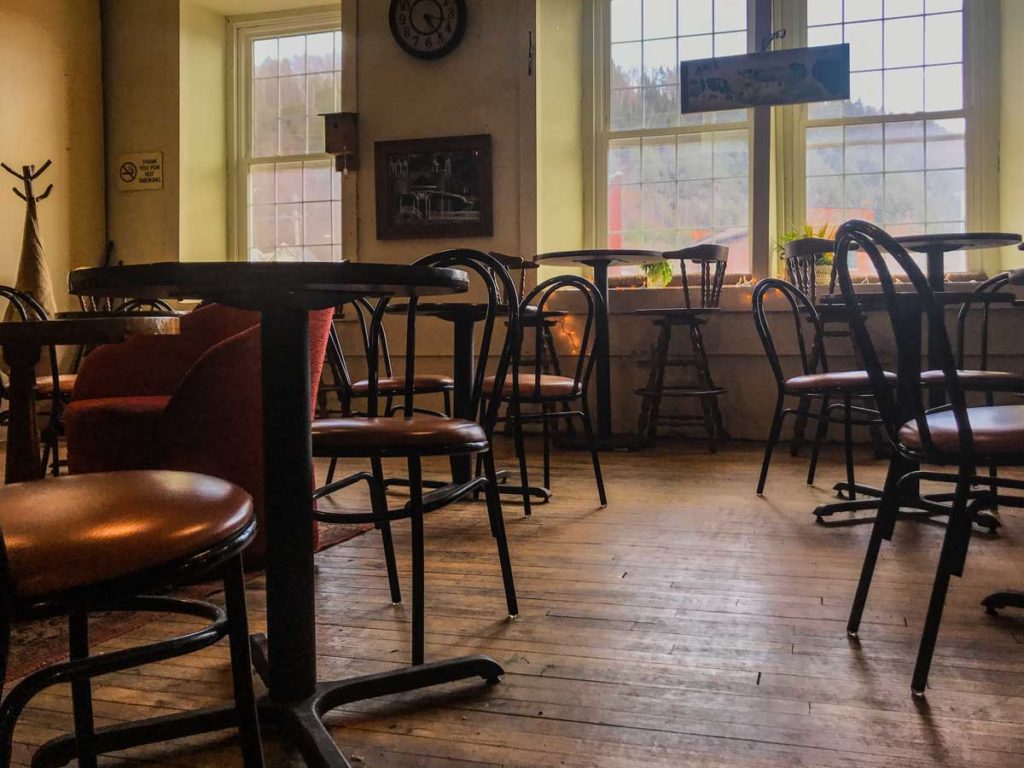 Preserving and Sharing the History of Herkimer County Since 1896