Heading the organization—whose mission is to expand, protect and promote a network of parks, trails, and open spaces throughout our state for use and enjoyment by all—since 1995, Dropkin has been critical to the nonprofit’s growth and impact.

Under Dropkin’s decades of leadership, PTNY has a long list of accomplishments, including growing the perennial favorite Cycle the Erie Canal bike tour, and adding another tour launching in 2023—Cycle the Hudson Valley.  Both these tours take place on the Empire State Trail, the longest multi-use trail in the nation, whose formation was a direct result of PTNY’s dedicated advocacy efforts.  In the dark budget days of 2008, PTNY’s advocacy kept close to 100 NYS Parks from closing, and long-term has led to this year’s “game changing” budget and reinvestment in NYS Parks System, with a capital investment totaling $250 million.

Dropkin’s leadership has not focused just on the green spaces we love, but the groups and communities supporting them.  PTNY’s Park & Trail Partnership Grants, doubled to $2 million this year, grew out of a PTNY pilot program.  Now administered by PTNY in partnership with State Parks, the grant program supports nonprofit groups stewarding New York’s public lands across the state. Concurrently, PTNY has focused on trailside communities as well, launching a seed grant program for Trail Towns along the Genesee Valley Greenway—whose creation PTNY championed in the early 90’s—and building trail-based tourism support for towns across the state with programs such as Bicyclists Bring Business, Bike-Friendly Business support and certification, and an exciting Trail Town initiative.  As a capstone to her time working for access to—and expansion of—public green space in New York State, Dropkin celebrates the passing of the $4.2 billion Clean Water, Clean Air, and Green Jobs Bond Act this November.

Parks & Trails New York’s search for its next Executive Director will commence immediately, with Dropkin staying to help the new ED transition.  She is excited for the growth of PTNY’s core programming, and what the next chapter in the organization’s story will accomplish for NYS’s most treasured green spaces… and the New Yorkers that cherish them.

Jeffrey Bender (Board of Directors, Chair)

“Parks & Trails New York (PTNY) would not be what it is today without Robin.  Under her steady hand, the organization has grown to become one of the leading statewide advocates for New York’s public green spaces, while also coordinating its extraordinarily popular Cycle the Erie Canal bike tour each year.  Robin has proven adept in managing both the staff and the finances of our organization, positioning PTNY to continue her legacy into the future.  The PTNY Board has tremendous gratitude for Robin’s dedication to both our organization and its larger mission, and we wish her nothing but the best in her retirement.”

A. Joseph Scott, III (Board of Directors, Immediate Past Chair)

“As a long-time Board Member, and past Chair of Parks & Trails New York (PTNY), I have had the opportunity to work with Robin on a wide range of projects.  She always demonstrated a high level of professionalism and a fierce commitment to PTNY.  Her impact on PTNY is demonstrated each time I meet with people in the parks arena. When I tell them I am with PTNY, they immediately begin to describe, quite enthusiastically, how PTNY has assisted and positively impacted their organization.  I will miss Robin, both professionally and personally.”

“I am grateful to have worked with such dedicated partners, supporters, staff, and Board during my tenure at PTNY.  It is always a bit bittersweet to retire, but I feel absolutely certain that the organization is in a great place: we have a phenomenal staff, vital statewide partnerships, and a Board focusing on the future of what green space means to all New Yorkers.  I couldn’t be more proud of what we have accomplished together.”

Parks & Trails New York is New York’s leading statewide advocate for parks and trails, dedicated since 1985 to improving our health, economy, and quality of life through the use and enjoyment of green space. With thousands of members and supporters across the state, PTNY is a leading voice in the protection of New York’s magnificent sta 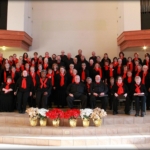 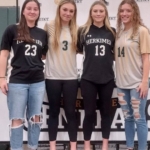