The Wilde Rep Theatre in New Hartford is excited about their upcoming shows and entertainment in January.

Get ready to “Unexpect the Expected” with an evening full of surprises. Treat yourself, or go with a crowd and have fun with Ryan’s unique brand of off-kilter magic and comedy. You’ll never know what to expect, so “unexpect” and enjoy the spectacle! Tickets start at just $10 for members and $15 for general admission!

Another awesome night of local music at The Wilde!

Then the Wilde Rep’s doors open on January 24th at 7:30pm for the triple headliner music event starting at 8:00pm.

Tickets are sure to go fast at only $5 for members and students, and only $10 for general admission! Additionally, with three different musical styles, there’s something for everyone.

Zachary Robison grew up in Whitesboro and currently lives in Oswego.
He’s been performing for years, and is studying with Doctor Todd Graber at SUNY Oswego.

Ophelia’s Looking Glass is an identical twin sister duo of ethereal Gothic music. The band formed because they wanted to create a fresh and unique sound together.

Shane Archer Reed combines powerful alternative and pop rock melodies. His musical theatre background allows him to create a sound and style all his own. 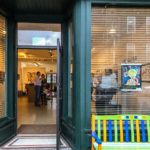 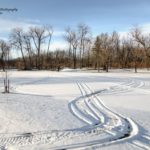 Snowmobilers are Optimists!
Scroll to top