CAROGA LAKE, NY – Caroga Arts Collective announced the launch of the public phase of its Sherman’s Legacy Campaign with a reception held at Sherman’s Park on Sunday, June 26, 2022. At the event, Caroga Arts Collective revealed renderings of the new amphitheater to be built next to the original Sherman’s building, along with a new year-round artist home at the former Schine family property known as Myhill.

The amphitheater is anticipated to join Sherman’s as an iconic landmark in the Town of Caroga that is sought after by audiences, artists, and visitors from across the country. The year-round home at Myhill will support this work, providing critically needed housing for artists, administrative offices, and teaching facilities, while serving as a gathering space for the community.

“We are thrilled that these state-of-the-art venues will carry forward the legacy of the Sherman’s Park, attracting artists and audiences of all genres and backgrounds to Caroga for world-class entertainment and a slice of the Adirondacks,” says Kyle Price, Founder and Artistic Director of Caroga Arts Collective. “Both properties have incredible artistic roots, drawing artists such as Fletcher Henderson, Jimmie Lunceford, Irving Berlin and Elvis Presley to the shores of Caroga during the early- to mid-twentieth century.”

The Sherman’s amphitheater and the Myhill residence comprise Phase 1 of a multi-phase project. This first phase is projected to cost $5 million. Caroga Arts Collective has already successfully raised $2.7 million, including a $1 million grant awarded in 2022 by the New York State Council on the Arts and a matching grant for individual and corporate gifts up to $10,000 per household made by Brad and Darla Dake.

The public phase of this campaign kicks off as the Caroga Lake Music Festival begins its eleventh season with more than 35 concerts over the next two months, featuring 100 world-renowned resident artists and 20 guest artists including Kevin and Michael Bacon, Cory Wong, American Modern Opera Company, among others.

“We are honored and thankful for the opportunity to continue Sherman’s Park’s legacy of using arts and entertainment to promote local culture, business, and life for the region,” said Price.

Caroga Arts Collective plans to break ground on the amphitheater and Myhill residence as soon as the money has been raised, anticipating the start date to be in Spring 2023. For more information about the Sherman’s Legacy Campaign, visit Caroga Arts Collective’s website at carogaarts.org/campaign or contact Judy Simon, Director of Development, at judy@carogaarts.org. 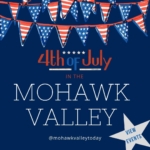 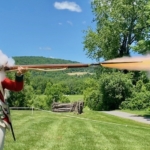 A Visit to Herkimer Home Historic Site
Scroll to top