What are your favorite Halloween memories? 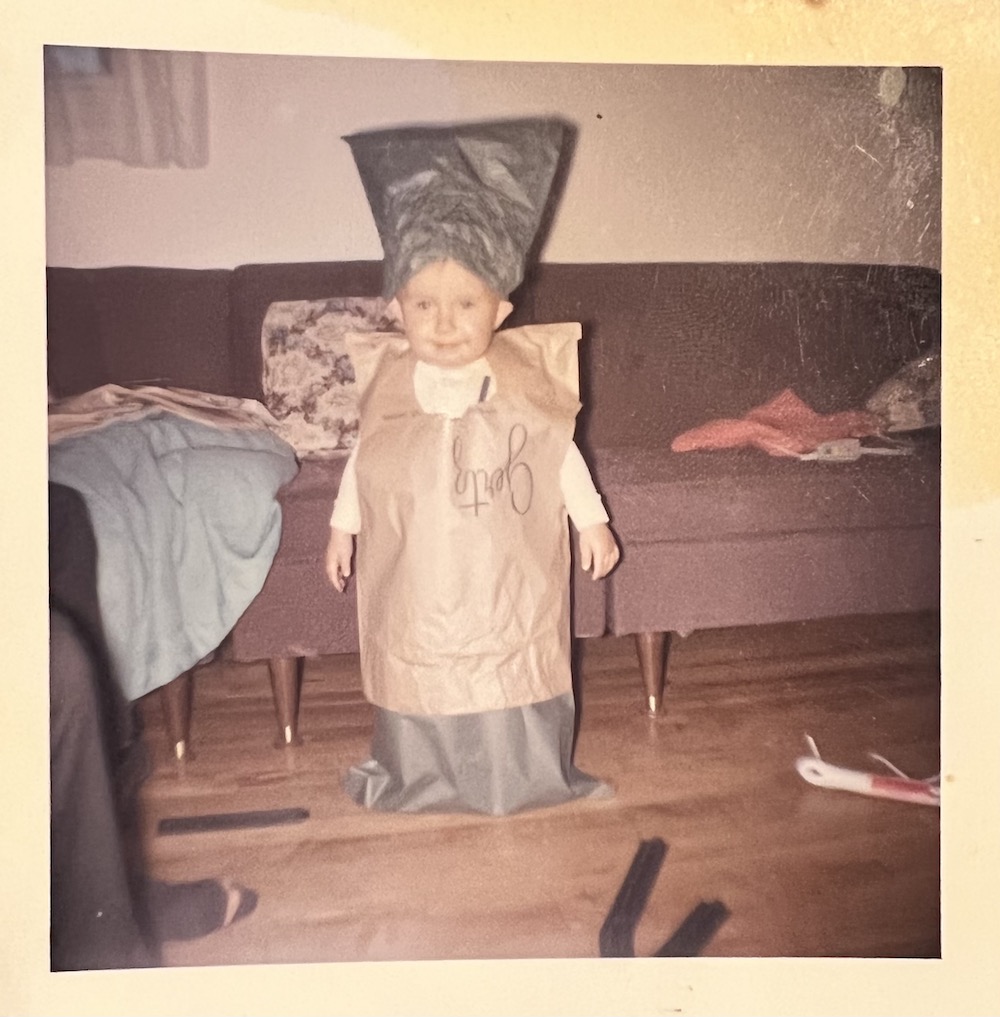 My first Halloween costume was a hand-crafted,
artisan made as a one-of-a-kind masterpiece titled: “Paper Bag”

When I think of Halloween memories my mind goes back to when I was very young before we moved to the Mohawk Valley. I was just a year old and my mom wanted me to feel part of the experience as she took my older brother out trick or treating. There really weren’t costumes at the store for kids so young. So my mom creatively fitted me out with in the bags from a recent shopping trip. I was so proud!

Trick or Treating for the first time

We lived in a neighborhood with lots of houses nearby, and from an early age, I remember going trick or treating with my Mom and my brothers. I remember my first “real” store bought costume when I had grown enough to fit into one, and was old enough to walk on my own and say the magic words, “Trick or Treat!” As you can see I was really cute as a scary little “Chickee.” 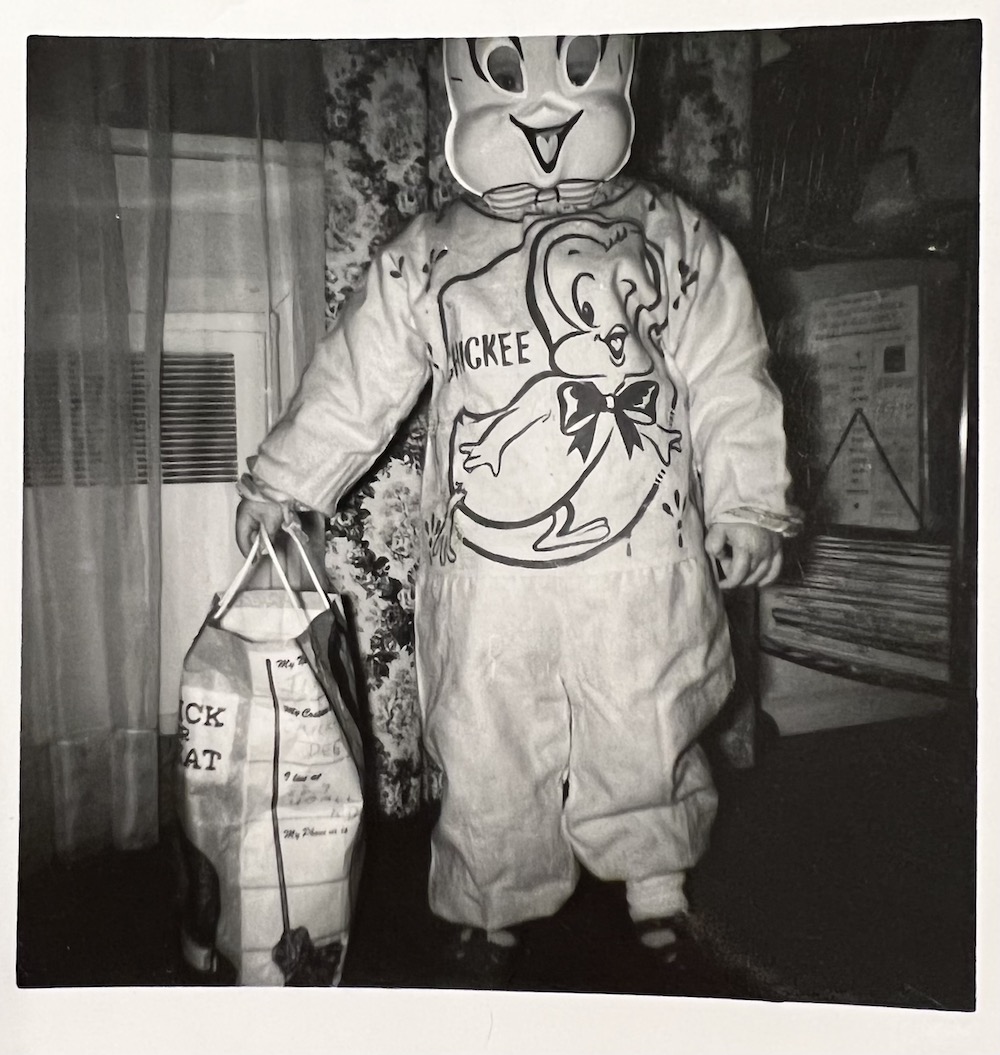 When I was a bit older living in Fulton County I was still young enough to have a keen interest in Halloween and looked forward to the day when we could go shopping with my Mom to get my costume for this year. The choices of characters and costumes had grown a lot and there was always so many choices when it came to, “Who You Wanted To Be” for Halloween. Costumes during this time still came with the plastic masks with holes cut into them so we could see where we were going – though the holes didn’t always line up with our young eyes.

Since trick or treating took place in the evenings, it often was dark before we could finish, and the late autumn weather can also make it difficult to see and be seen. No reflective strips. The topic of Halloween Safety was mentioned frequently on local radio station WIZR as growing numbers of children in many schools and communities in the area were looking forward to going trick or treating. And the traditional, ill-fitting, Halloween mask would soon be worn by thousands of eager youngsters in their quest for holiday candy.

They took on the subject of poor visibility of costume masks, and in an effort to help improving Halloween mask safety, stated, “So, do your kids a favor and cut extra-large holes in their eyes…” 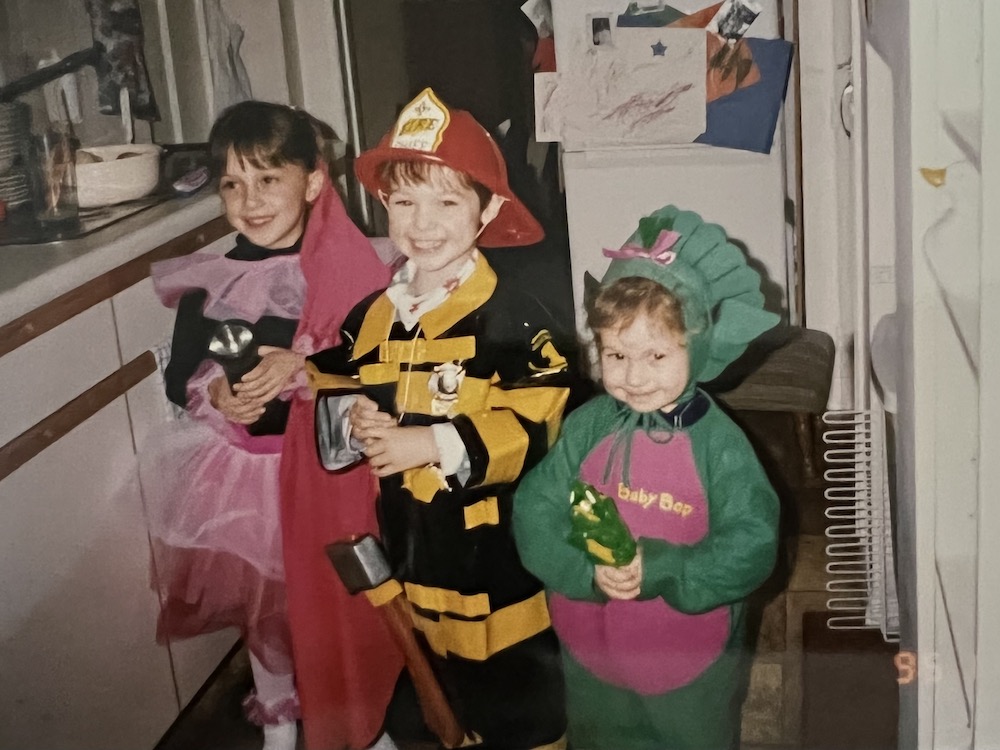 By the time we had kids of our own and they were old enough to enjoy time out Trick or Treating, the plastic, difficult to see through, costume masks had pretty much disappeared from the stores. They always enjoyed going out and joining their friends trick or treating, no matter where we lived. And Halloween is still one of their favorite holidays of the year!

We hope you have a good time with family and friends this Halloween! 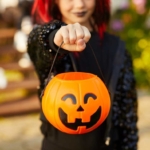 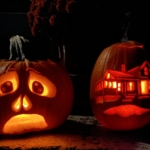 Trick or Treat for Halloween
Scroll to top