Could this be the best year to make Maple Syrup?

The weather conditions continue to be uncooperative when it comes to snow fall this winter. However, it could be a good time to make maple syrup. 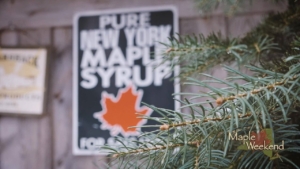 There have been early reports some maple producers have already tapped their trees and have begun collecting sap. I recently saw a video of a Vermont farmer tapping his Maple trees to start collecting sap. Could this be a good time to get a jump on the local Maple Season in the Mohawk Valley?

According to the NYS Maple Association

Anyone with an interest, a little knowledge and the proper equipment can try their hand at maple syrup production, assuming they live in a maple syrup-producing region such as the northeastern United States or eastern Canada. Maple syrup is considered one of the oldest natural food products in North America, dating back to the Native Americans.

The typical Maple Syrup making season in the Mohawk Valley happens in March and into early April. It is during this time of the year when the temperatures generally fluctuate between freezing at night and above freezing during the day. It is these temperature changes that prompt the maple trees to start flowing with sap.

Recent daily temperature changes have been experiencing these same late spring changes. This could indicate it is time to start tapping some Maple trees and try for an early season of making maple syrup.

Is it too soon to start?

How to get started?

We have always loved Maple Syrup but I never knew how to get started making my own. I found inspiration after a visit to a local sugar house during New York State Maple Weekend event held at Mud Road Sugar House in Ephratah, NY.  After watching and learning from local experts, who started out many years ago just tapping a few trees and giving it a try, I became confident to take some steps to get started making my own maple syrup.

The first obstacle was that up until recently I did not have access to Maple trees in order to collect sap. Now there are plenty Maple trees around the house and so we decided to try to make your own Maple Syrup.

Now is the best time to get ready to make Maple Syrup. We always look forward to making our own Maple Syrup! Give it a try! 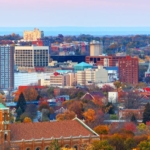 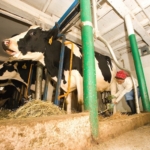