Every year around Human Rights Day on December 10, hundreds of thousands of people worldwide write letters on behalf of prisoners of conscience, human rights defenders, and others at risk of human rights violations.

This year’s cases also include Vahid Afkari from Iran, Aleksandra Skochilenko from Russia, Luis Manuel Otero Alcántara from Cuba, Dorgelesse Nguessan from Cameroon, and more cases from around the world. Participants can also write to Brittany Griner, the WNBA Star and Olympic Athlete who was sentenced to nine years in a Russian penal colony for possession of a vape cartridge.

According to members of the Club, letters have the power to change lives, and throughout Amnesty International’s 61 years of human rights activism, many people have been freed because of the action taken by activists who participate in Write for Rights. Letters and online actions taken by activists have given former prisoners of conscience, human rights defenders, torture survivors, and death row prisoners hope and helped changed the minds of decision makers.

Hard copies of the sample letters can be found at the Amnesty International Club’s table, located in the College library, and digitally here.

Amnesty International is a Nobel Peace Prize-winning global movement of more than 10 million people who campaign for a world where human rights are enjoyed by all. The organization investigates and exposes abuses, educates, and mobilizes the public, and works to protect people wherever justice, freedom, truth and dignity are denied.

You can view the original article here. 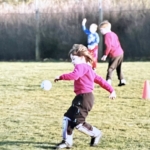 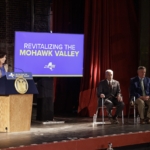